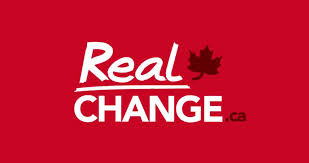 For the two final months of 2015, Prime Minister Justin Trudeau’s new Liberal government was able to bask in the glow most Canadians felt from removing the government of Stephen Harper and from necessary but easy actions such as unmuzzling government scientists and re-instituting the long form census.

Now 2016 is here, and along with it comes more difficult decisions. The first full week of the new year saw the Trudeau government permit a $15 billion deal to sell armoured troop carriers to the government of Saudi Arabia despite ample evidence of that government’s brutality.

Last week, the Trudeau government also declined to review the $455 million sale of Cambridge Ontario, satellite equipment maker Com Dev International to the American firm Honeywell International Inc. Com Dev structured the deal to stay under the $600 million threshold for automatic review of the deal under the Investment Canada Act, and the 45-day period in which the government could choose to review the Com Dev deal expired a week ago.

Com Dev is one of the great economic success stories of Canada’s space program, making specialized equipment that operates in nearly a thousand different satellites and space probes from various countries. Canadian taxpayers have invested large amounts of money in Com Dev and other firms to create high tech, export-oriented jobs.

The deal must be approved by Com Dev stockholders in a vote on January 21. Com Dev investors stand to benefit from this deal, but but what about the investments made by Canadian taxpayers in Com Dev? The ultimate cost of this deal to Canada may well be in the Canadian jobs created under the Com Dev banner. Ironically, job creation is the big reason given for going ahead with the Saudi arms deal.

That decision turned out be be not only right for Canada but right for MDA. The company had decided to get out of the space business and stake its future on a property registry system that just a few months later began to suffer greatly when U.S. housing took a nosedive at the start of the great recession.

Unfortunately, the space side of MDA's business has not grown as much as it might because the Harper government has been cutting Canada's space spending, which hits the order books of MDA and other firms such as Com Dev.

The Trudeau government’s decision to allow the Com Dev sale is consistent with the federal Liberal tradition of being friendly to the wishes of business, particularly foreign business.

The loss of Com Dev could herald the decline of Canada’s space sector. The new government's decision to permit the Com Dev sale may stem from a reluctance to restore the cuts the Harper government made to space spending.
In the federal election campaign, Justin Trudeau and his Liberals promised “real change.” In the field of space, that change has been a negative one so far.